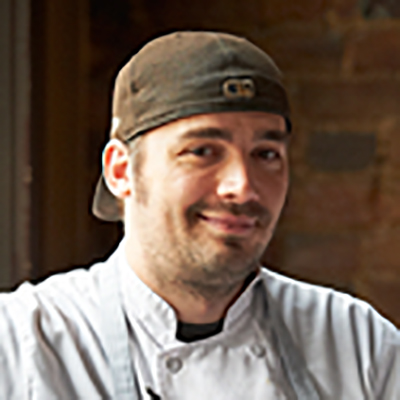 Chef Robert Zugmaier (or Bob, as he is known to the team) joined Sidney Street Cafe in 2008 after graduating from L’Ecole Culinaire in St Louis, MO, and honing his skills as a line cook at the now-closed Colossus Restaurant. Zugmaier began as “the salad guy” and trained in various stations throughout the kitchen under Chef/ Owner Kevin Nashan, before he became the Pastry Chef in 2011. The switch from savory to sweet proved to be a successful one, as he was nominated for Food & Wine’s “The People’s Best New Pastry Chef 2013” and listed in Sauce magazine’s 2013 “Ones to Watch.”

Inspired by a family of passionate home cooks, Zugmaier‘s desserts are both modern and comforting. His total creative freedom at Sidney Street Cafe allows him to experiment with cutting edge techniques and create dishes that diners can relate to and connect with. His savory background is reflected in desserts like Red Velvet with beets, dill, and goat cheese, or Peach Cobbler with lardo.

Born and raised in St. Louis, Zugmaier is proud to be a vital member of the team at Sidney Street Cafe, a restaurant at the forefront of the city’s (and the Midwest’s) burgeoning food scene. When he’s not in the kitchen, he can usually be found enjoying quality time with his wife and their two children.